Home | Blog | Why Train your Core? Why Train your Core?

A mistake many people make is to think of their core as only being their abs, and because of this they train their core in many ineffective ways.

The “core” is a term used to describe just about everything on your body that isn’t your legs and arms. This means you can think of your glutes, hips, abdominal muscles, inner abdominal muscles, pelvic floor, and scapula as your core. Functional movements are highly dependent on this part of the body, and this is where your power is generated in order to carry out any movement, lack of core muscular development can result in a predisposition to injury. Lack of core muscle fitness can create an unstable spine and stress muscles and joints. A weak core is often the cause for back pain, which plagues over 85% of population at some point in their lifetime. 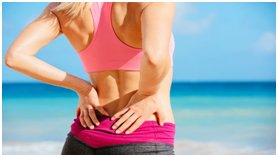 In fact, low-back pain is the second most common ailment. With the advent of modern technology, humans have started sitting more and moving less.

This usually contributes to poor posture and weak core muscles, as they are NOT stimulated, trained or fit! Weak core muscles, especially the gluteal muscles, contribute to an unstable pelvis. In addition, the knees and feet can be severely impacted and may result in injuries. Other parts of the body may be forced to pick up the slack of weak core muscles, which is not how we are designed to function best.

Importance of a strong core in our daily lives:

Although back pain can be the result of a sudden and traumatic injury, more commonly it is due to weak and inflexible core muscles, poor posture and poor body mechanics during activities. A strong core can prevent injuries, avoid pain and discomfort, it can protect your spine and allow all areas of the body to function properly without overcompensating for a weak core. 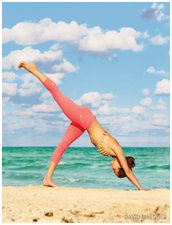 Improving core strength will improve your posture and your overall quality of life. core training and working your abs? What’s the difference between

The difference between core and abdominal training is that you’re not just targeting the front side of the body but the back side as well.

Abs exercises in particular are inefficient because they only work your abs – you could use the same amount of time and work BOTH your abs AND other muscle groups!

Whereas, a core workout will also include the erector spinae, which are he muscles that make up your back, and also your glutes. A movement that works your core is going to work more than one muscle group, and you’re going to see results a lot faster. 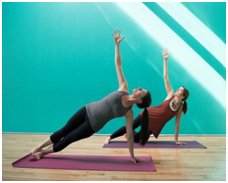 What to focus on for strengthening your core muscles:

Our core has three-dimensional depth and functional movement in all three planes of motion. Many of the muscles are hidden beneath the exterior musculature people typically train. The deeper muscles include the transverse abdominals, diaphragm, pelvic floor, and many other deeper muscles.

The plank and side plank evaluate static core strength, while the knees to chest and toes to bar evaluate dynamic core strength. Finally the deadlift strength evaluation puts a higher demand on the posterior core stability to handle larger loads.

The core most often acts as a stabilizer and force transfer center rather than a prime move.Core training does two really important things — it helps you look thinner, and it supports your spine and helps with things like balance. So we strongly recommend accommodating core training in your workout regime frequently. For more information get in touch with us at Rave Fitness Studio.